Researchers from i2CAT Foundation have had great representation in the European Conference on Networks and Communications (EuCNC) and the 6G Summit, two of the top European conferences in communication networks, hosted in Grenoble (France) from 7th to 10th June. They outlaid their latest lines of research in the field of 5G and 6G technologies.

i2CAT contributed to two demonstrations displayed in the 5G-CLARITY booth and presented its approach to intent-based network management in the 6G workshop organized by the Hexa-X project. Furthermore, i2CAT participated in the demonstrations related to the Bristol Cluster shown in the 5G-VICTORI booth. 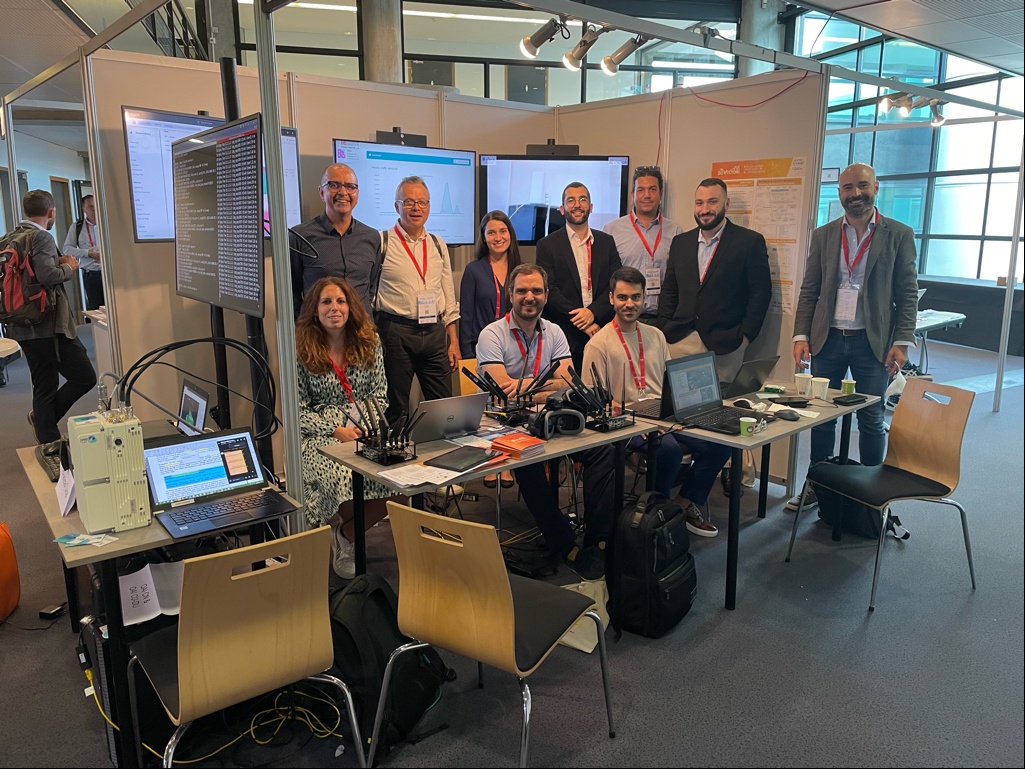 i2CAT also presented the paper “Demonstration and Evaluation of Precise Positioning for Connected and Automated Mobility Services”. The foundation also participated in the paper “5GCroCo Barcelona Trial Site Results: Orchestration KPIs Measurements and Evaluation,” presented in another session. The results of these papers were obtained within the scope of the Barcelona trial performed in the Neutral Host infrastructure deployed in the [email protected] district. Video demonstrations of these works were shown in the 5GCroCo booth.

As part of the 5GZORRO project, five posters and three demonstrations were shown and a poster paper describing the objectives of the 5GMED project, its use cases, and the architecture design of the communications infrastructure was also displayed. During the conferences, the 5GZORRO booth won the “Best booth award”, sponsored by Nokia. 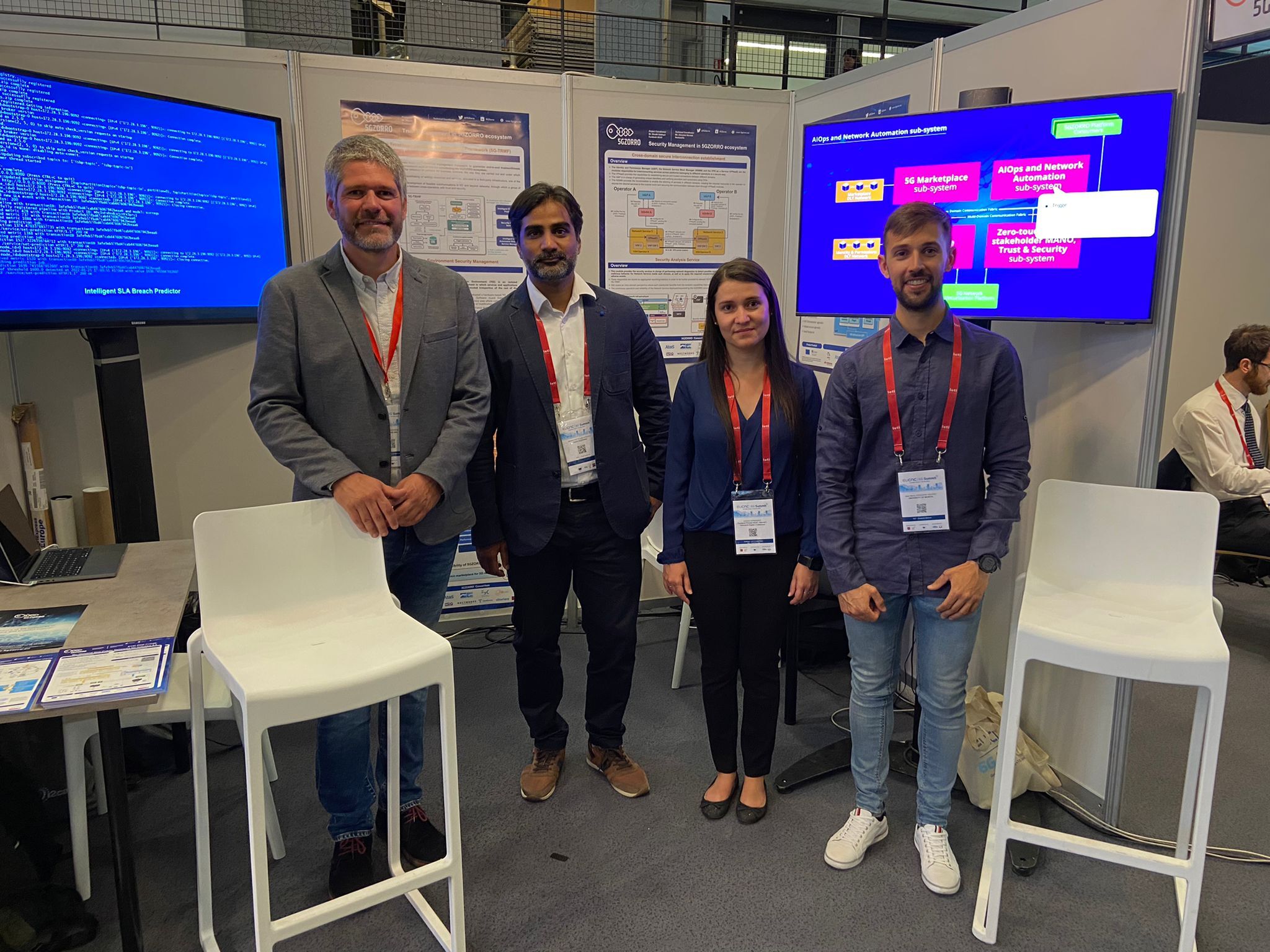 i2CAT also presented some of the demonstrators and proof-of-concepts achieved during the first year of the DAEMON project, including a decentralized infrastructure monitoring for network intelligence and a Federated Learning-powered anomaly detection algorithm.

i2CAT also presented in the EuCNC & 6G Summit the paper “RINA-Based Virtual Networking Solution for Distributed VNFs: Prototype and Benchmarking”, which includes a novel RINA-based solution to provide connectivity to distributed VNFs from different tenants in a shared network infrastructure. This work has been carried on and tested in the national Open-VERSO project. 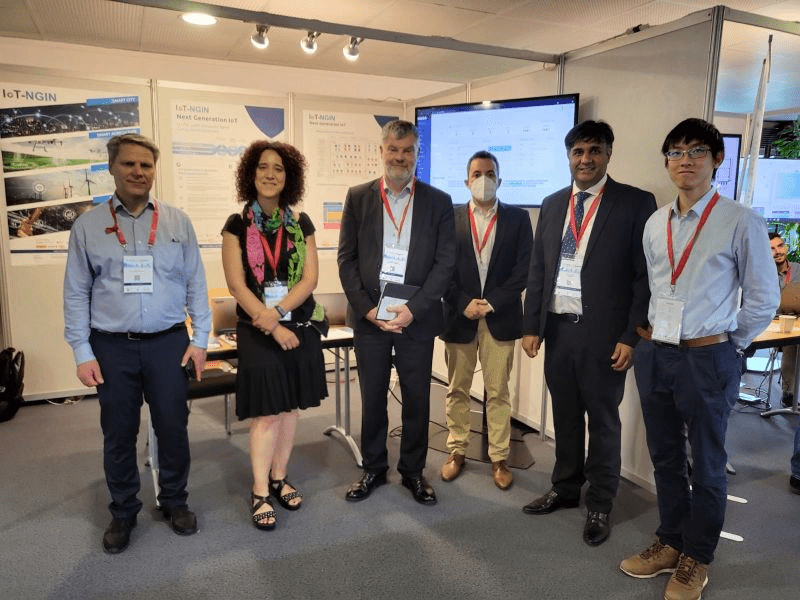 Furthermore, i2CAT researchers welcomed Mr Pearse O’Donohue, Chair of the Conference and Director of Future Networks at the European Commission, during his visit to the IoT-NGIN booth. The team of the project, of which the centre is one of the partners, showed and explained to him its developments in the Industry 4.0 Living Lab regarding UWB positioning.

Finally, i2CAT presented its 6G White Paper “Shaping the 6G Vision” and launched the White Paper “From 5G to 6G_Vision” from the 6G-IA 5G for CAM WG Working Group.