The City Council of Girona and the company Bettair have carried out an environmental control project based on smart sensors in four different areas of the city.

Last week, the minister for Digital Policies and Public Administration, Jordi Puigneró, and the mayor of Girona, Marta Madrenas, presented the results of the environmental project developed by the company Bettair within the framework of Laboratori SmartCatalonia, an initiative promoted by the Department of Digital Policies. During the presentation, the minister highlighted the importance of taking advantage of new technologies to solve societal challenges such as climate change.

The project, which measures the presence of pollutants in the air, was based on four static smart sensors installed throughout the city. The deployment included four areas with different layouts and pollution profiles: the Municipal School of Music, the Migdia Park, the Hospital Square, and the Núria Terés i Bonet Park.

After four months of monitoring different pollutants including carbon monoxide, ozone, nitrogen dioxide or ambient noise level, the study concluded that the environmental contamination profile in Girona is generally low according to the Common Air Quality Index (CAQI). 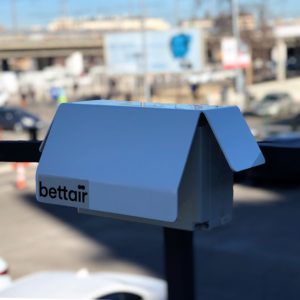 A network of urban laboratories

Laboratori SmartCatalonia is a network of urban labs promoted from the Catalan Government to test and validate smart solutions in real environments. It has a double goal: boosting the technological sector by offering access to infrastructures and promoting open innovation within cities thanks to their participation in pilot tests.