The project, led by the i2CAT Foundation, developed social Virtual Reality experiences allowing multiple users remotely located to interact in an immersive environment with a strong feeling of co-presence. 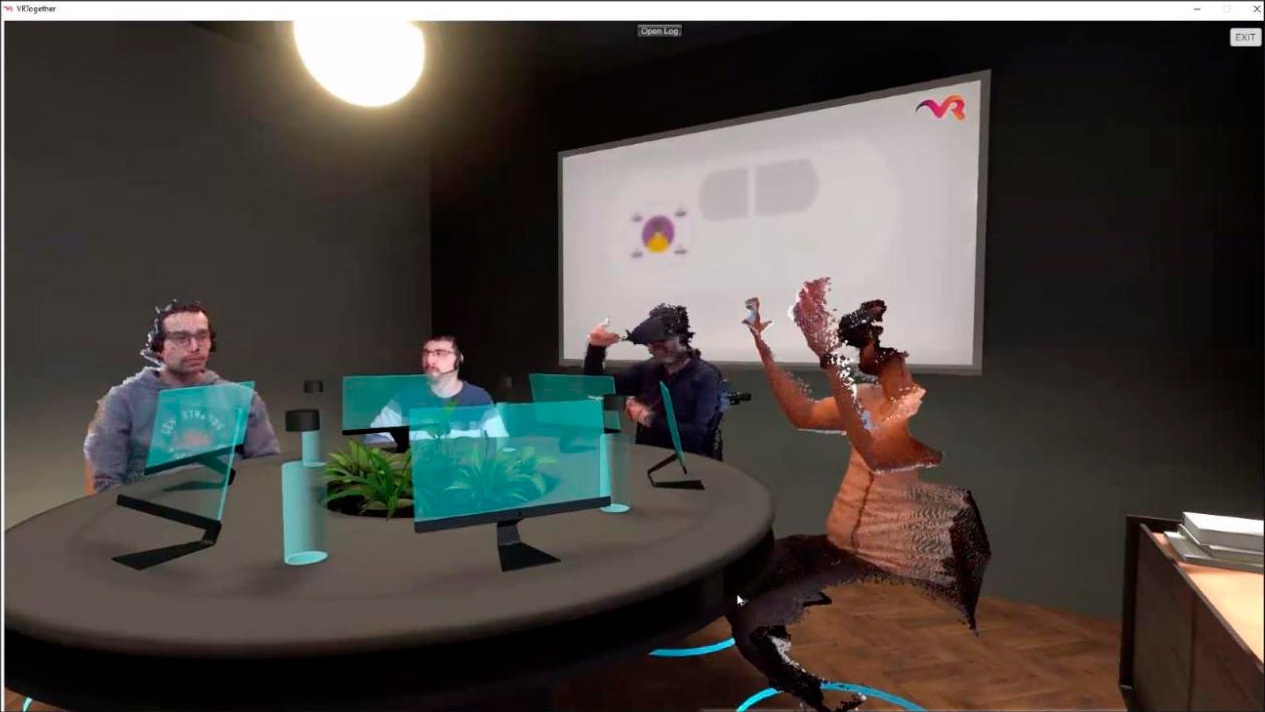 VRTogether, a research project co-funded by the European Union under the Horizon 2020 framework programme, came to an end last month with a successful final review meeting. On 16th April, the VRtogether consortium—a combination of leading academic institutions (i2CAT, CWI, TNO, CERTH and Artanim) and industry actors (The Mo, Motion Spell and Viaccess-Orca)—presented their main results and a demo of VRTogether system’s capabilities to the experts of the European Commission. The virtual meeting provided fruitful discussions and useful remarks, with the project receiving very positive feedback from the Project Officer and the external reviewers.

The final review meeting marked the end of the 39-months project, which was officially closed in December 2020. Under the leadership of i2CAT’s Media Internet area (MIA), VRTogether worked towards improving social immersive experiences by enhancing the sense of being and acting with others in a virtual space. “While social Virtual Reality has become a new medium to remotely experience immersive content with others, there are still barriers preventing users—usually represented as avatars—from having a full experience in terms of immersion, togetherness and interaction” says Sergi Fernández, Project Coordinator, i2CAT. “To overcome this and achieve a strong feeling of co-presence, we developed new immersive experiences based on photo-realistic real-time representations of users, as well as a set of tools to enable volumetric video based communications in virtual environments, covering capturing, streaming, rendering, and management of communications.”

As a result, three pilots have been produced to evaluate and validate the creative and technical aspects of the system, two use cases have been developed to demonstrate its potential for applications in museums and conferencing, and over 40 scientific papers and articles have been published in international conferences and high impact journals, receiving several recognitions and awards. Additionally, the consortium ensured a strong presence at trade fairs and exhibitions, including major events such as VRDays, IBC, and ICT, in order to showcase VRTogether’s capabilities to relevant stakeholders and maximize its visibility. Last year, the project achieved an important milestone at VRDays Europe with a successful demonstration of the world’s first live 3D video conference, using point clouds, over a commercial 5G network.

After its official completion, VRTogether has a promising path ahead: results will be used in further R&D activities and up-coming new research projects, they will be further developed and transformed into new products and services, and finally they will also continue fuelling on-going and future standardisation activities.